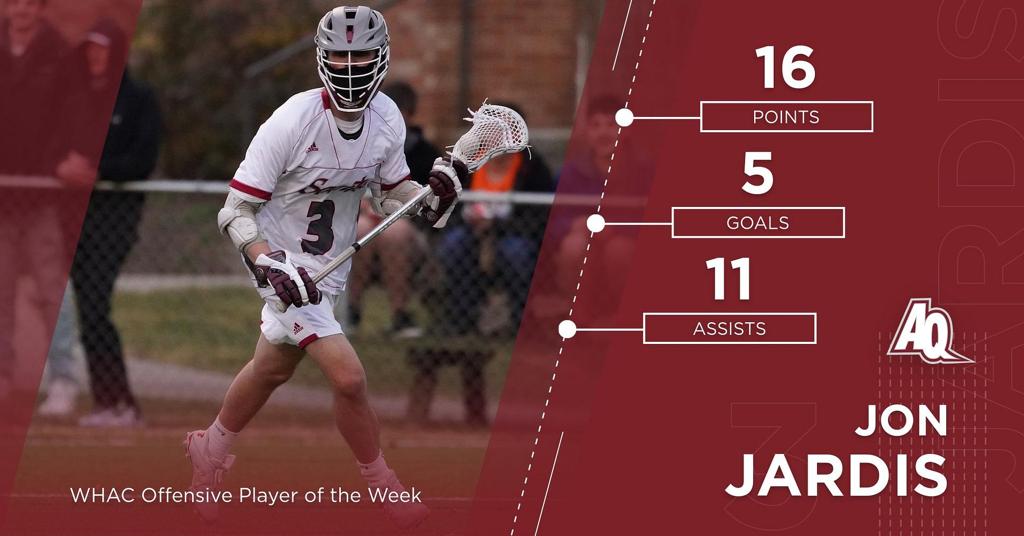 On Monday, April 11, The WHAC conference announced that Jon Jardis has been named the men's lacrosse Offensive Players of the Week. This award comes after his monster week in which he had 16 points.

On Wednesday, the Saints defeated the Concordia Cardinals by a score of 23-2. Jardis had a hand in seven of these goals as he scored three of them himself and assisted on another four. He had eight shots, four of which were on goal during the contest. He also recorded two ground balls.

Then on Saturday, Jardis found a way to best his previous performance. In the game against Cleary, Jardis had seven assists and two goals for nine total points. Out of his seven shots, five were on goal. He once again had two ground balls in the contest.

Tag(s): In the News  Alumni